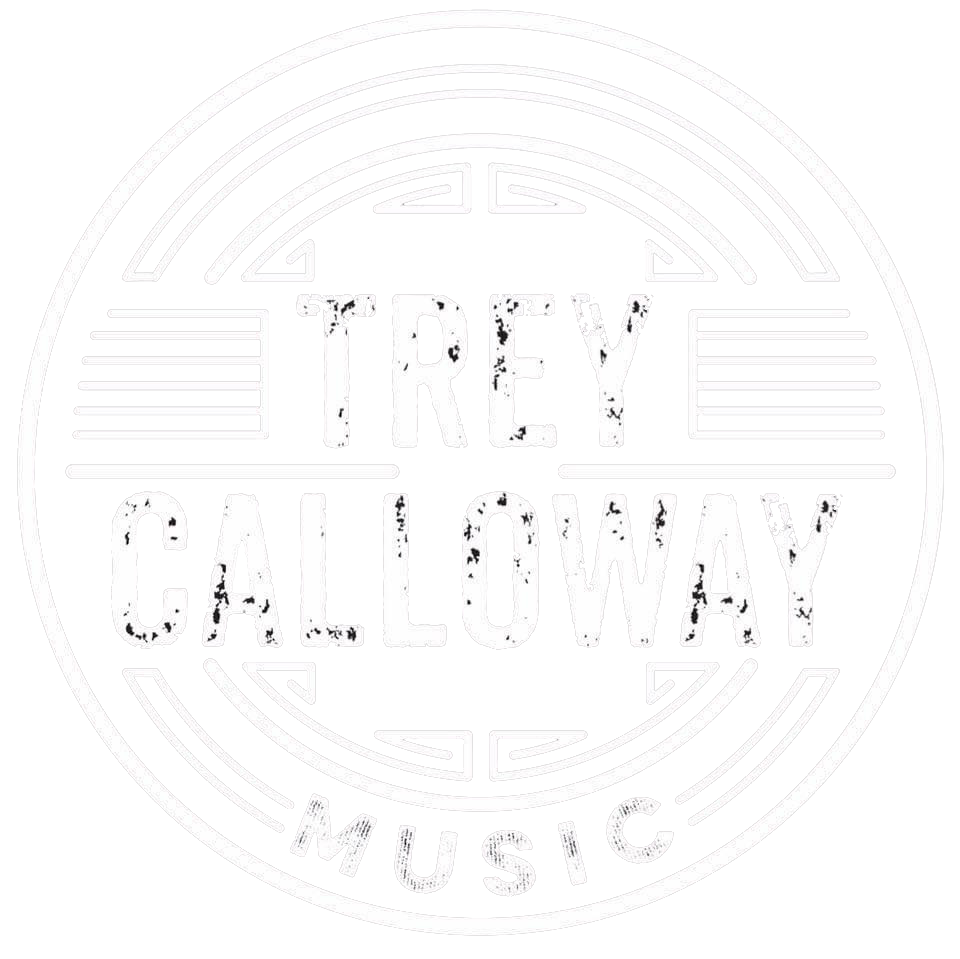 I Don't Wanna Love You Anymore

Sleeping in The Rain

Til You Came Around

Home Is Where The Heart Is 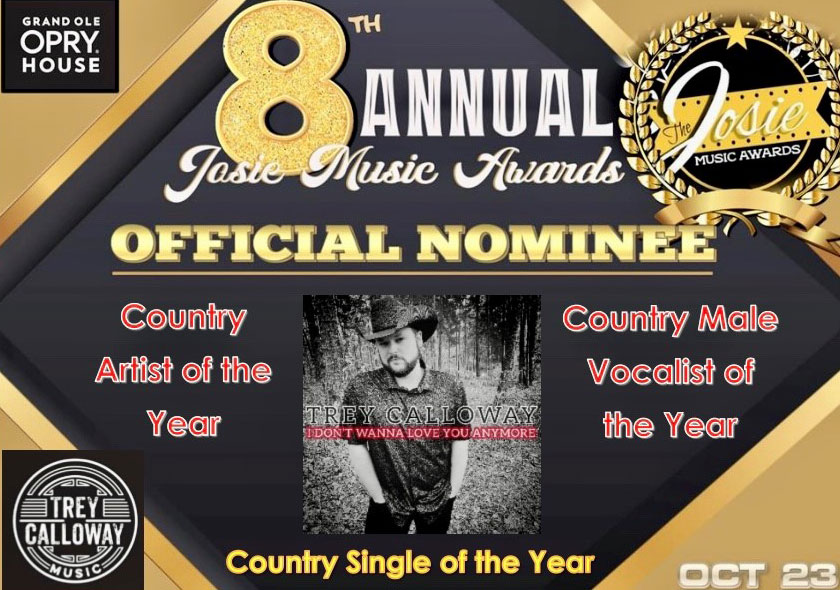 Trey Calloway won the 2022 Josie Music Awards Vocal Competition in Nashville based on live a capella performances of his original songs. Trey also won a 2022 Songwriter Achievement Award for his original music! He was nominated for JMA Country Artist of the Year and Country Male Vocalist of the Year, and his original song “I Don’t Wanna Love You Anymore” was nominated as the JMA Country Single of the Year. The JMAs are the largest independent music awards worldwide, receiving 52,442 submissions in 2022 with 1.8% receiving nominations. The 2022 JMAs were held at the Grand Ole Opry House in Nashville. 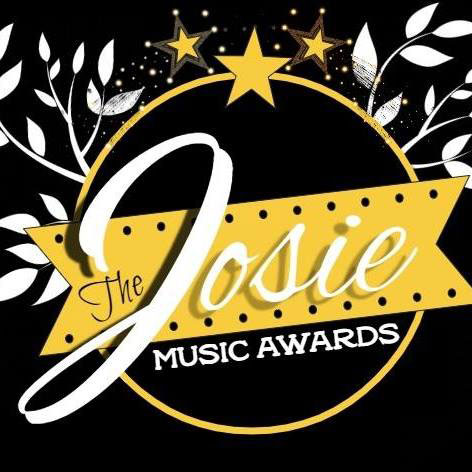 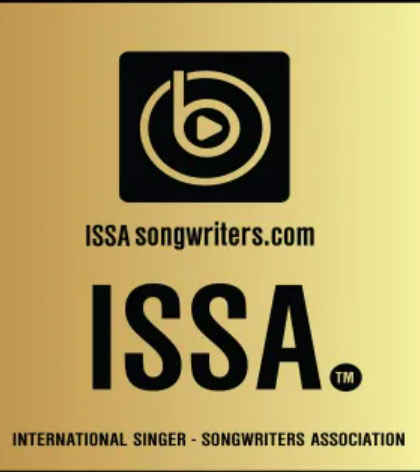 Trey Calloway was named as a finalist by the International Singer-Songwriter Association (ISSA) for 2022 Rising Star and Songwriter of the Year awards, and his original song “Karaoke Cowboy” was a finalist for Single of the Year. Trey was also nominated as ISSA Entertainer and Vocalist of the Year. 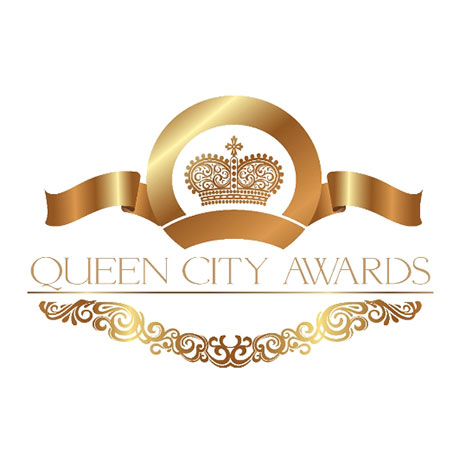 Trey Calloway was nominated in 2022 and in 2021 by the Queen City Awards as its Country Male Artist of the Year! Recognizing Carolina musicians who perform community service, the Queen City Awards is a charitable event that funds scholarships for deserving students to help others build a better life through arts. 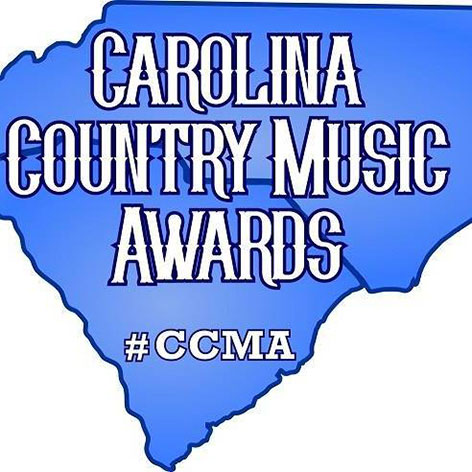 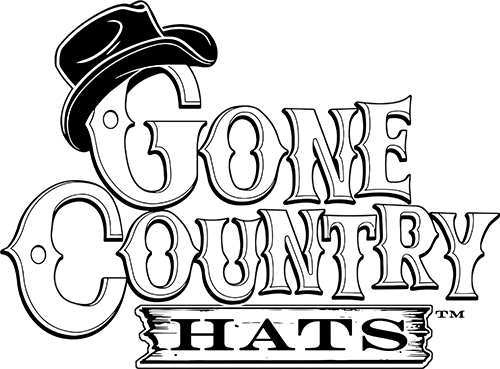 * All Shows Times are CST in Nashville, TN Unless EST Indicated

“As a talent buyer here in Myrtle Beach, I rarely book outside of the major Nashville agencies. One of those exceptions is Trey Calloway. The talent and energy brought to the stage is equal to that of any of the National touring bands we host. We have been thoroughly pleased with the performance of Trey & the band and I would not hesitate to recommend them to anyone potentially considering booking them!
Jason Black
General Manager, Boathouse, Myrtle Beach, SC
We have booked the Trey Calloway Band on four occasions and every one of them has far exceeded our expectations. If you're looking for a high talent level, high quality sound reproduction equipment and great crowd response, you can't go wrong with Trey Calloway!
Wes Wells
Potentate, Kazim Shriners, Roanoke, VA
I highly recommend the Trey Calloway Band! This band has the total package from high energy to amazing vocals and are very professional. If you have a chance to book them I would definitely take advantage. I have a feeling Trey Calloway won’t be playing around Myrtle Beach much longer. Five star band in my opinion! They have always put on an amazing show and draw a huge crowd to Wahoos when I book them!
Tony Jarvis
Director of Entertainment, Wahoos, Murrells Inlet, SC
Lumber River Campground loves Trey Calloway! Every time he has performed here he has been absolutely fantastic. We are looking forward to having him here again on Oct 19th and hope to keep having him come back in the future. I have people asking for him to come back over and over. He is super professional and also very appreciative of his fans, we know great things are in this fine young man's future... Trey rocks!!
Diane Williamson
Owner/ Talent Buyer, Lumber River Campground, Evergreen, NC
Whether he’s crooning the classics or jamming to an original, Trey Calloway’s voice is pure poetry. The sound is smooth and sultry with perfect pitch and cadence. More than simple entertainment, the music ensnares you, makes you move, dance and sing along with each note. There’s something utterly perfect about live music done right and Trey’s music creates magic, taking the listener on his journey of discovery, strength, wonder and life.
Robyn Beliveau
RLB Event Management, Event Director for the NC Oyster Festival, Ocean Isle Beach NC

Fill in the form below and I will get back to you as soon as possible. Thanks!